The Top 8 Scenic Roads... As Far As I’ve Ridden 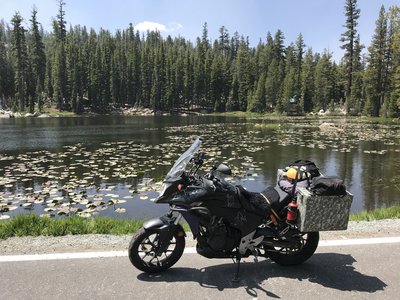 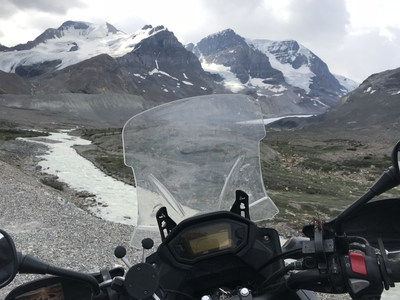 ​Am I an expert on roads? Absolutely not. This article is to highlight and hopefully inspire others to seek out some of my all time favorite scenic rides in the US/Canada. I can say I’ve been on a few of them in my 42,000 miles in the last two years, and these just blew my mind. They’re rated solely based on the views, not on the technicality of the ride. I hope you find reason to visit them in the future! And remember, this is purely opinion. Some may agree, some may disagree.
​
All miles listed are the distances that I have highlighted, not any actual number.

Alternative names: Highway 212, Beartooth Pass
Location: Northwest corner of Wyoming, southwest corner of Montana, east of Yellowstone National Park. Runs east/west
Why: I first rode this in 2016 and it was the second major scenic road I had ever been on. To confirm if it was as amazing as I remembered, I re-rode it in 2018 and it stood the test of memory. What makes it so spectacular is the scenery while riding at what feels like the top of the world.
Elevation: 10,947 feet 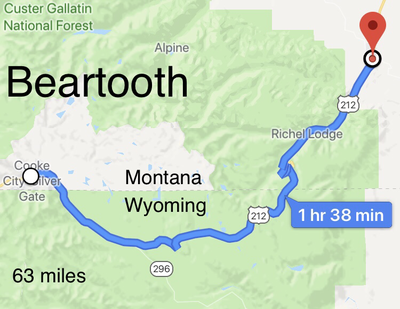 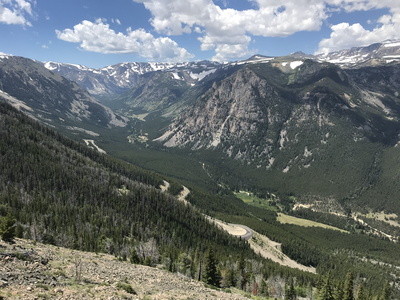 Alternative names: Highway 93
Location: Western Alberta, Canada. It runs north/south thru Banff and Jasper National Parks.
Why: I call this one the “Avenue of the Titans” in my head because it feels like riding among legendary giants. With the Rockies rising above on both sides, the white Athabasca river following to one side, the mega waterfalls, wildlife abundance, and views for days you really can’t go wrong. It’s about equal to Beartooth in views, the only difference is this one doesn’t pass over a mountain but instead, between them. 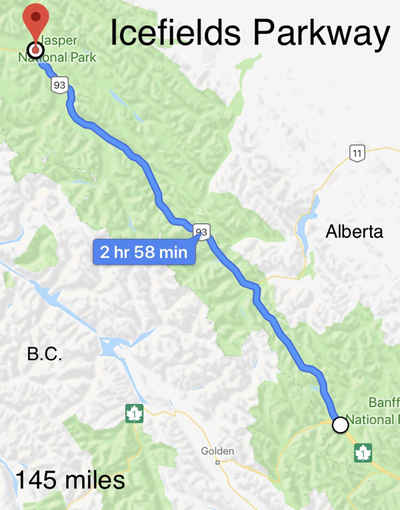 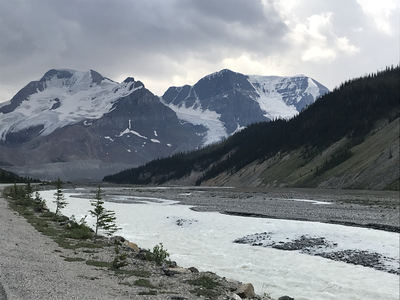 3. Going to the Sun Road

Alternative names: The Sun Road, Logan Pass
Location: Glacier National Park, Montana. It runs east/west.
Why: The many mountains and valleys you can gaze upon as you hug close to the wall of a cliff, close to the edge of a narrow road. It’s like being a part of the mountain. The lakes are gloriously clear, showcasing the natural red, blue, and green rocks native to the area. Snow can be seen all year, melt off always pouring down the Weeping Wall. There’s nothing you can’t help but love.
Elevation: 6,646 feet 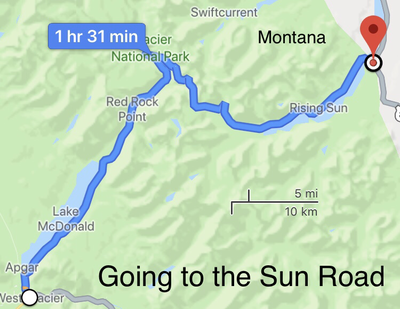 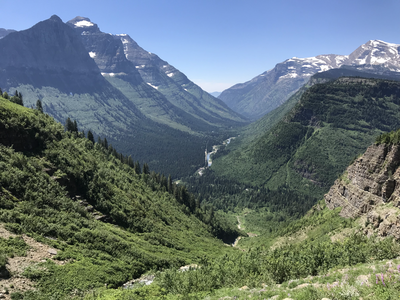 Alternative names: US Route 550, San Juan Skyway Scenic Byway, Red Mountain Pass
Location: It runs north/south thru Colorado and into New Mexico. The most famous part commonly called the Million Dollar Highway is from Silverton to Ouray, Colorado.
Why: Not only are the views rockin’, so is the ride. The views change frequently with every rise and fall over the landscape, each turn making you want to stop for a photo. It’s full of wildlife, trees, lakes, ponds, valleys, creeks, and rivers. Just be cautious of the weather as I got hailed on there in 2017! I also only did Durango to Montrose on it.
Elevation: 11,018 feet 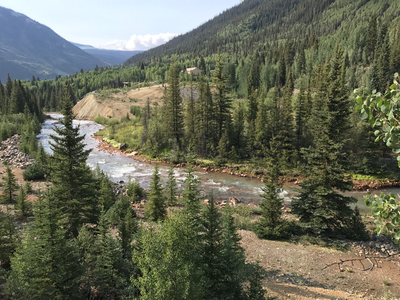 Alternative names: N/A
Location: Mount Rainer National Park. Runs east/west.
Why: I stumbled on this road as I was playing around in Washington’s extensive miles of national forest. It became memorable because of the panoramic views as you sweep around the mountains on the way to Paradise. Mount Rainier is visible out every so often as you curve around and on nice days you can watch the clouds form around the peak. There’s plenty of ponds where you can catch a nice reflection of the mountain too. 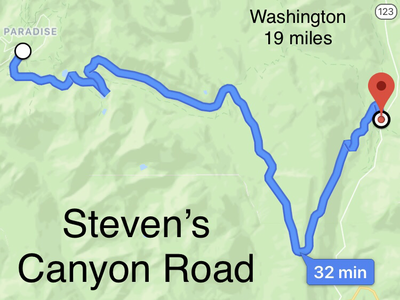 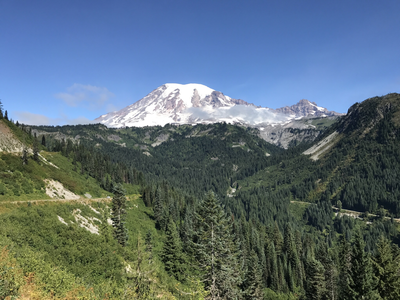 Alternative names: State Route 108
Location: North of Yosemite in the Stanislaus National Forest, California. Runs east/west.
Why: After riding Tioga Pass for the second time, I decided to zigzag my way across the Sierra Nevada Mountains.
Elevation: 9,624 feet. Second highest in the Sierra Nevada. 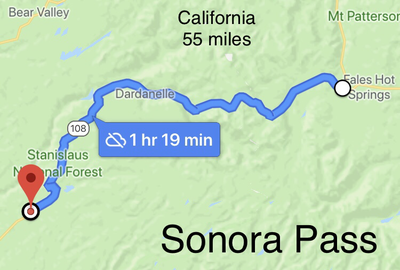 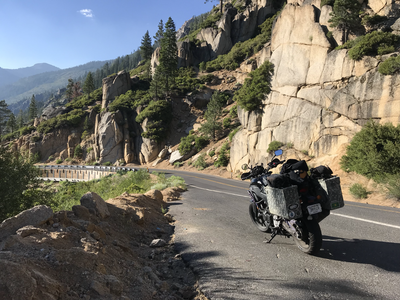 Alternative names: State route 4
Location: North of Sonora Pass in the Sierra Nevada mountain range. California. Runs east/west.
Why: While the road thru the pass is one of my least favorite types, one where it’s a lane and a half with no middle line, the views are stunning. In my mind, the views parallel Yosemite National Park’s Tioga Pass but without the traffic and crowds. You get a little canyon, forest, lake, and mountain. Definitely worth going to if you want to enjoy your ride without all the traffic.
Elevation: 8,736 feet 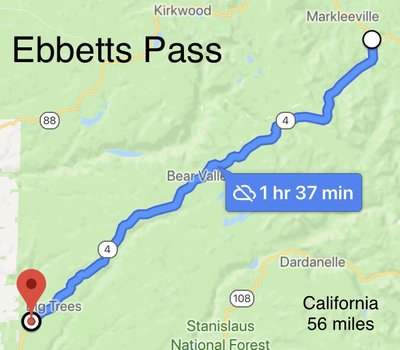 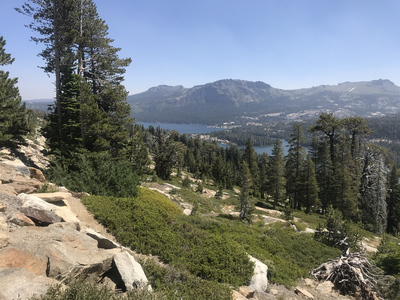 Alternative names: Part of the Volcanic Legacy Scenic Byway (500 miles that runs north/south thru California and Oregon), Highway 89.
Location: Lassen National Park in the northeastern part of California.
Why: With the four types of volcanos to gaze upon, the unique geological features like sulfur springs, and a higher elevation for better views across the country side it made an impression on the. The lakes have a gorgeous green/blue that I’ve never seen anywhere else.
Elevation: 8,500 feet. 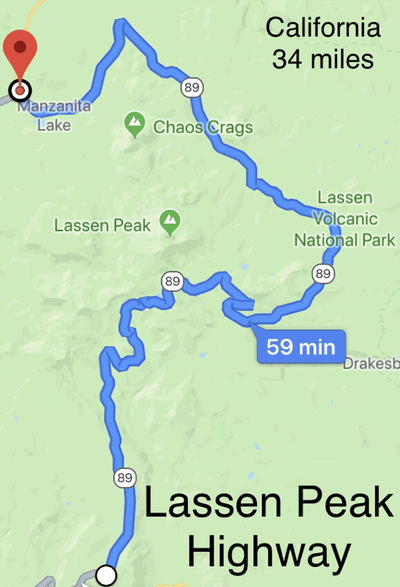 Rides I still haven’t rode: Pretty much all of Utah, the other highways in the Black Hills, Blue Ridge Parkway, Natchez Trace, 191 in Arizona, Pacific Coast Highway, Cherohala Skyway, Lolo Pass, Cabot Trail, Superior Loop, and a few others.

So while I’ve done a lot, I always have more to ride. Maybe one of these roads will make my favorites when I can get to them. Only time and experience will tell.


​Thank you for reading!