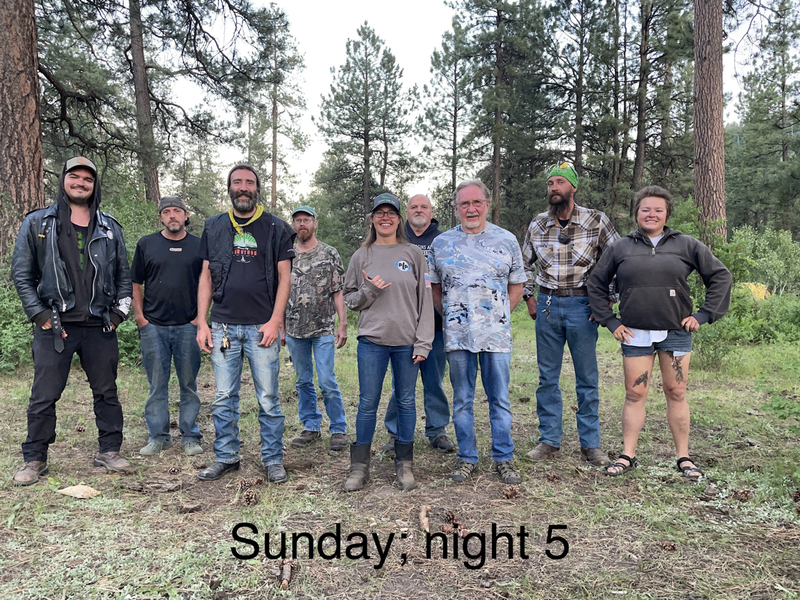 One of the best parts of traveling for me is getting to visit our national lands. Parks, forests, monuments, and historical markers have brought me many great experiences, adventures, camping spots, and education. While my attempt to find a master list of locations I’d like to visit failed, I decided to make my own. So after many weeks of research, digging through horribly designed government websites, this is what I’ve come up with. It includes sites managed by the National Park Service, National Forest Service (Under the Department of Agriculture), Fish and Wildlife Service, Bureau of Land Management, Department of Defense, and Department of Interior. It includes National Parks, Forests, Monuments, Grasslands, and Sea/Lakeshores but also other sites such as National Military Parks, Scenic Trails, Parkways, Historic Sites, Heritage Areas, Wildlife Refuges, Wilderness Areas, Historic Trails, etc. There may be places missing, and there will certainly be an update issue as new locations are made or removed, but it’s still a great place to start if this is what inspires you to explore. Please enjoy this list and let me know if there’s anything you know that I missed!

Here is a Google Drive My Map that can be loaded into your phone. All of the parks, forests, monuments, seashores, lakeshores, and grasslands are marked but not many of “other” sites are yet. (The plan is to put the trails on as well, one day.)
https://www.google.com/maps/d/edit?mid=18QXFpcdl2lHKBx8VpRTUFfMA8450ut1r&usp=sharing


Because I’ve been too lazy to write my own description of the types of lands, here’s an article that already does it very well from the Department of the Interior:
​
America’s Public Lands Explained

National Parks
National parks tend to be large swaths of land that protect a variety of resources, including natural and historic features. National parks can only be created by Congress -- our first national park was Yellowstone -- and are managed by the National Park Service. National parks strive to keep landscapes unimpaired for future generations while offering recreation opportunities.

There are also national preserves -- like Florida’s Big Cypress or Lake Clark National Park & Preserve in Alaska. Activities like hunting, fishing or oil and gas extraction may be permitted at national preserves if they don’t jeopardize the park’s natural resources.

In total, the National Park System has 28 different types of designations, but they’re all considered national parks no matter the name.

National Forests
National parks may protect some of the best-known natural landmarks, but national forests have just as remarkable landscapes. The U.S. Forest Service, which is part of the Department of Agriculture, manages 154 national forests under a multiple use concept -- meaning they provide Americans with a number of services, including lumber, grazing, minerals and recreation.

National forests tend to be located near national parks and frequently are less crowded than parks. For example, Great Smoky Mountains National Park is next to three national forests -- Cherokee, Pisgah and Nantahala. These forests often also act as a protective buffer zone around parks.

Since 1906, 120 national monuments have been created, and they can be managed by any of seven different agencies -- either individually or jointly.

Created in 1903 when President Theodore Roosevelt established Pelican Island National Wildlife Refuge, the Refuge System has grown to more than 560 sites. With at least one wildlife refuge in every state and U.S. territory (and one within an hour’s drive of most major cities), they offer a chance for urbanites and so many others to connect to nature.

While national wildlife refuges work to safeguard wildlife populations and their habitats, more than 500 of them provide a wealth of recreation opportunities, including hiking trails, canoeing and kayaking, auto tours, wildlife viewing, hunting, fishing and more! These natural treasure troves see more than 47 million visits from the public each year.

The Bureau of Land Management also has 517 wilderness study areas -- lands unspoiled by roads or other development that provide outstanding opportunities for solitude. Often these places have special ecological, geological or scenic values, like Handies Peak in Colorado or Slinkard in California. Some wilderness study areas have been designated as wilderness areas or national monuments, while others have been opened to non-wilderness uses.

National Historic Sites and National Memorials
Although the National Park Service is best known for protecting some of our country's most inspiring landscapes, it is also America's storyteller. Over half the national park locations preserve places and commemorate people, events and activities that are key to our nation’s history. National historic sites (like Lincoln Home or Tuskegee Airmen) contain a single historical feature, but national historical parks like Independence National Historical Park -- where the Continental Congress voted for Independence and then where, years later, the Constitution was written -- discuss multiple stories from different times. No matter the name, these places tell iconic American stories that define who we are and what we stand for.

National memorials are sites that commemorate a historical person or tragic event. Many national memorials are located in or near the District of Columbia (think the Lincoln Memorial, Washington Monument and Thomas Jefferson Memorial), but several others are scattered across the country. One of the most recognizable: Jefferson National Expansion Memorial in Missouri, which is home to the Gateway Arch (commonly called the St. Louis Arch).

National Recreation Areas
National recreation areas are lands near large reservoirs that offer visitors a chance to experience water-based outdoor activities -- from swimming and kayaking to fishing and boating. These recreation areas also often include important natural and cultural features. The U.S. has a total of 12 national recreation areas, which are managed either by the National Park Service or the Forest Service, and five of these are near urban areas -- providing great opportunities for Americans to connect to nature near them.

I hope you find many adventures chasing the locations on this list! You’re always welcome to contact me at zeemototraveler@gmail.com.